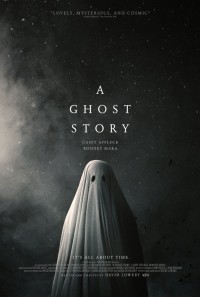 Do not be misled by the movie poster’s forlorn figure bedraped in the bedsheet, this is not a horror film! Instead, we have an intense and thoughtful film that considers how we look upon life and death, the grief of those who mourn and the afterlife/bardo/whatever that the recently deceased inhabit. It also asks us to question how we perceive time as we follow the man in the sheet - at times alive and in love, and at other times shrouded and witnessing his home in the past and then, years ahead in the future. The pace is meditative, the dialogue sparse, and the film’s visual palette and narrative style pays homage to the work of Terrence Malick. This film may not be for everyone, but I watch a few hundred films a year and A Ghost Story has stayed with me months after I first watched it. So, if the preceding words haven’t scared you away, A Ghost Story is Most Highly Recommended.