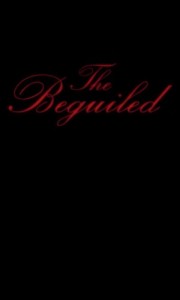 Sofia Coppola was awarded the Best Director Prize at the 2017 Cannes Film Festival for her reworking of Thomas Cullinan’s US Civil War novel, which was first adapted for the screen by Don Siegel in 1971 as a vehicle for star Clint Eastwood. The story revolves around an injured Union soldier who is rescued and cared for by the headmistress and her students at an isolated girls boarding school. It is a novel change for the women to have a man in the house and his presence soon sparks passions, jealousies and tensions within the household. As our soldier recovers, he starts flexing his masculine charms, not realizing how quickly the women of the house might turn the tables. Ms Coppola also wrote the feminist-tinged screenplay and her first rate cast stars Nicole Kidman, Colin Farrell, Kirsten Dunst and Elle Fanning.