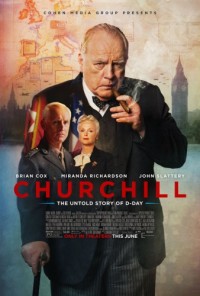 Brian Cox delivers a highly engaging performance as Britain’s Prime Minister during the waning days of WWII. This film shows an aged leader, weary from years of battle, whose leadership and role as war strategist is eclipsed by General Eisenhower (John Slatterly) and Field Marshall Montgomery (Julian Wadham). But it is Miranda Richardson’s stellar performance as Clementine Churchill that makes this film succeed. While we think of Winston when we hear the name Churchill, this film could have borne the name of the other Churchill.