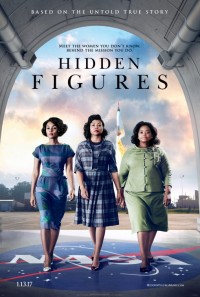 One of the biggest Hollywood crowd-pleasers recently has been this film adaptation of Margot Lee Shetterly’s book about the African American women who worked behind the scenes at NASA. Taraji P Henson, Octavia Spencer and Janelle Monáe portray the three main characters whose mathematical and computing skills were essential to America’s space program. Kevin Costner surprises in a fine supporting role but it is the three leads who put the man in space and charm the audiences. Another chapter of America’s racist past exposed in a most entertaining way. Quite Highly Recommended.