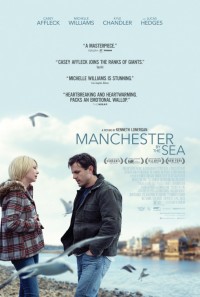 REVIEW: MANCHESTER BY THE SEA

Manchester by the Sea

Manchester by the Sea features a career-defining performance from Casey Affleck with strong supporting perfs by Michelle Williams and Lucas Hedges. Mr Affleck portrays Lee Chandler, a brooding and troubled loner working as a janitor in Boston who is called upon to care for his teenage nephew in his old hometown. Lee’s return to Manchester by the Sea conjures memories that he walked away from years ago but that still own his soul to this day. Writer and director Kenneth Lonergan skilfully moves the narrative back and forth in time until the flashbacks to the past illuminate the present story. Manchester by the Sea is a tale of personal tragedy and search for redemption. It is a challenging and intensely emotional drama that audiences will not soon forget. Nominated for six Academy Awards, including Best Picture, Director, Actor and Supporting Actor and Actress. Most Highly Recommended.