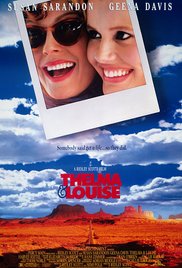 The Bookshelf Cinema was quite young when Thelma & Louise hit town. It blew in like an uninvited guest, full of brash honesty, sexuality, an in your face attitude that laughed at the idea of paternalistic power and a need to just have fun. Two friends take off for a fishing weekend that turns into a life altering, crazy road trip. When the film ended, heated debates ensued. Was the film and its ending to be taken literally, was the allegory to be accepted? Just weeks ago, at the Cannes Film Fest, Ms Sarandon and Ms Davis spoke at length on the making of the film, the diverse audience reactions and what, if anything, has changed for women working in Hollywood and in society in general. Thelma & Louise starts discussion, sparks heated debates and stands as one helluva road trip movie. This screening marks the 25th anniversary of the film’s release.