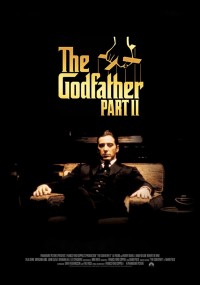 We recently played The Godfather to celebrate the 50th anniversary of the film's original release. But we're not waiting for 2024 to celebrate the 50th anniversary of The Godfather: Part II, considered by many to be even better than the first. Robert De Niro stars as the young Vito Corleone, joining the all star cast that again includes, Pacino, Duvall, Cazale, Keaton and so many more.

Essential cinema. Not to be missed!