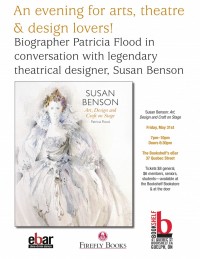 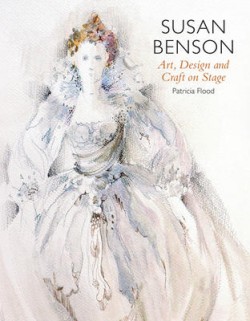 A compelling exploration of the career of one of th most outstanding and awe-inspiring theatrical designers of all time. 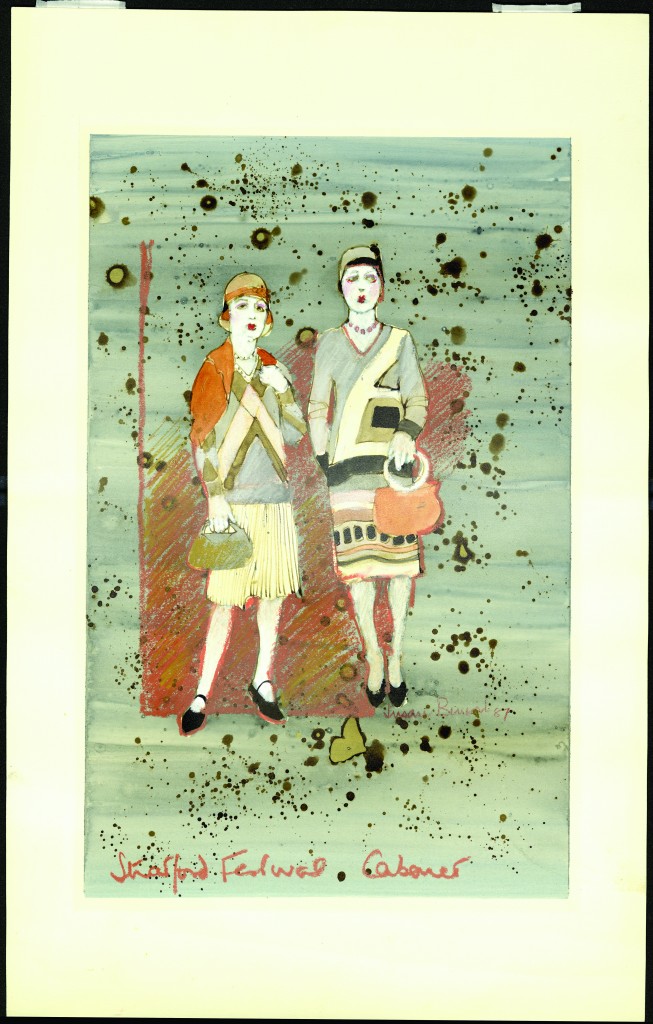 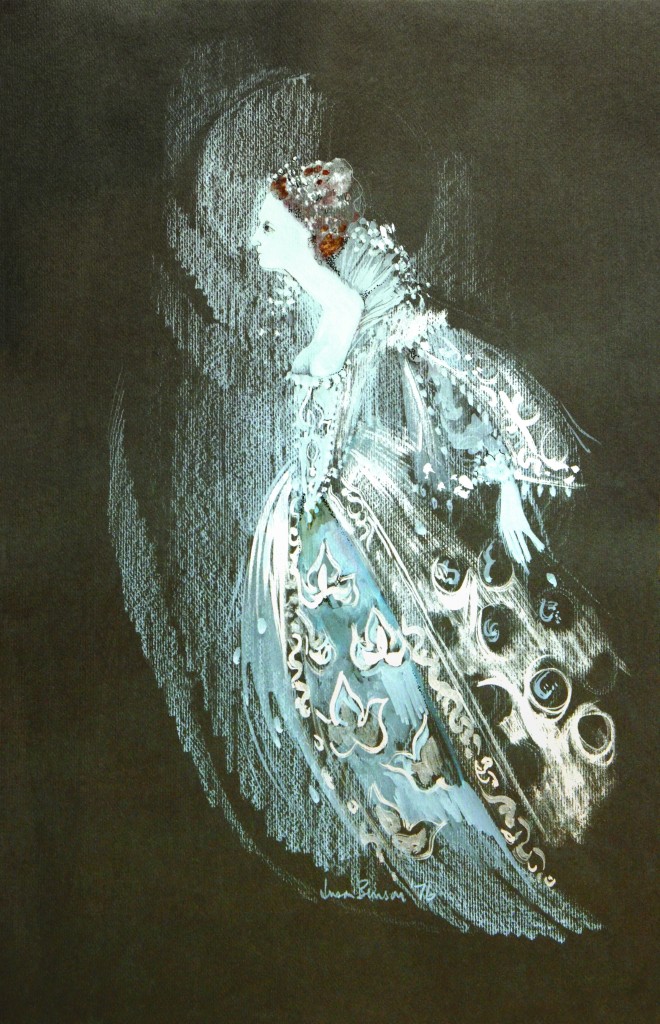 Credit: Susan Benson (on the left: Cabaret, on the right Hermia, A Midsummer Night's Dream)

As an added bonus, representatives from Guelph's vibrant performance arts community will also be participating in our 'Theatre Market' in the eBar's GreenRoom! They'll be taking the stage to share what they do, and how you can get involved!

Tickets: $8, $6 members, students, seniors - available in the Bookstore and at the door.

About the book, by the publisher: Firefly Books:

This book is a detailed and lavishly illustrated look at the work and career of the renowned stage and costume designer Susan Benson, whose work has been seen on some of the world's most influential stages but is most identified with the Stratford Festival. Featured throughout the book are gorgeous full-page photographs from both the live stage and the production process. Behind the scenes commentary reveals the challenges and exhilaration of mounting a large stage production while Benson's working design sketches reveal the artistic process and the remarkable range of her talent.

The first part of the book focuses on Benson's early, formative work, influenced by her youth in a theatrical family. The second part concerns her theory of set, costume and prop design, and her problem-solving methodology for approaching a show. This is followed by a third section on the "craft" of building shows: how art, design and craft transform the theatrical work on paper to the imagined world that the audience sees -- costume fitting, prop building and collaborating with the amazing artists that bring her designs to life.

The book closes with an in-depth look at Benson's most significant productions: Robin Phillips' 1976 Stratford Festival production of A Midsummer Night's Dream with Jessica Tandy and Jeremy Brett, remounted in 1977 with Maggie Smith; in 1979, the Trojan War play The Woman starring Martha Henry; and the celebrated Brian Macdonald productions of Gilbert and Sullivan's The Mikado, The Gondoliers and Iolanthe. In addition to Benson's work at the Stratford Festival, the book looks at designs for many other theaters across Canada and the U.S., including Romeo and Juliet for the National Ballet of Canada; and Madama Butterfly and The Golden Ass for the Canadian Opera Company.

Susan Benson's long and illustrious career earned her great respect from her peers, much adulation and numerous awards. Today, she turns her visual artistry to painting, which has also brought her much success. Susan Benson: Art, Design and Craft on Stage is a revealing, informative and thorough examination of a life of creative brilliance. It will appeal to all readers with a love for theater, both front of house and backstage.

About the author from Firefly Books:

Patricia Flood is a theater, film and television designer. Her credits include set design for the films Ararat and Where the Truth Lies. She was Resident Designer for Theatre Calgary, spent many seasons at Ontario's Blyth Festival and worked with Susan Benson as Assistant to the Head of Design at Stratford Festival. Flood has taught Design for the Theatre at Montreal's Concordia University and is currently an Associate Professor in the School of English and Theatre Studies at the University of Guelph.

We'd also like to thank those who are involved with this event: Guelph Little Theatre, august Productions Theatrical Inc., RCMPI, The Making Box, The Downtown Theatre Project, the University of Guelph's College of Arts, Passionate Heart: Women's Stories through Dance, Jam School, the Femmes Rebelles and the Bookshelf!