"With its funny, thoughtful, wonderfully unironic look at Céline Dion’s Let’s Talk About Love, as well as the people who loved and loathed the album,…

"It seems to me that Rudy could appeal to almost anybody. Hopefully it will make it to libraries."

John Stackhouse had forewarned us about The Guelph Mercury! "The biggest challenge is advertising. The controlled model of advertising that dominated media when I entered…

"What’s the quote by Oscar Wilde? Something about the only reason to do a useless thing is you admire it intensely?"

What're your top jams for Don't-Be-Afraid-of-Feminists-Karaoke?   I think I will hum some Lhasa. Rickie Lee Jones if I am feeling pop n bluesy. And…

These stories are told as stories rather than a novel because it never occurred to me to do otherwise when I was writing them. It…
Lives 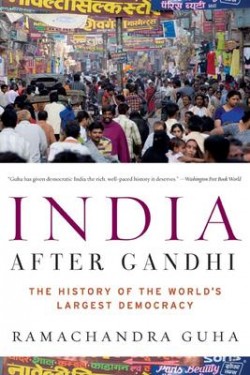 India After Gandhi: The History of the World's Largest Democracy
Gandhi Before India 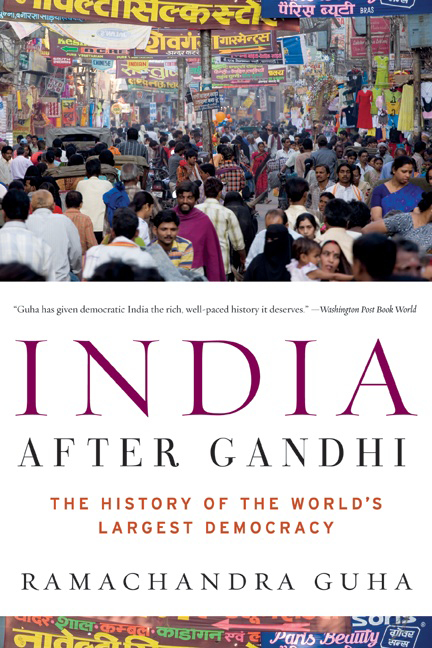 Ramachandra Guha is a historian of modern India and biographer of Mahatma Gandhi. He is certainly one of the best Indian writers of non-fiction in English. With several excellent tomes on Gandhi and his relationship to modern India, there is no better guide to for us to explore Gandhi beyond the cinematic version.

On Saturday September 21 between 3-5PM the University of Guelph based India Research Centre brings Dr. Guha to Guelph for a conversation about Gandhi.  The event is hosted by Planet Bean Coffee, at the downtown Guelph coffee bar (2 Wyndham Street) in partnership with The Bookshelf. The event is free.

In his two volume biography of Gandhi, Guha successfully situates Gandhi’s early development in a global context as he encounters the world through travel, debate and religious exploration, and his rise as a moral anti-colonial voice in the goal of ending British rule in India. The volumes present new archival research, well rounded perspectives from friend and foe, and an at times intimate look at the Mahatma.

Significant elements in Guha’s writing are grounded in ecological sensibilities. His provocative “How Much Should A Person Consume?” published in 2006, grapples with environmentalism and consumption in America and India. His affinity with Gandhi is clear in this early intervention into “environmental studies”.

Guha’s “India After Gandhi” is an exceptional book that is both a lovely read and serves as an essential primer on the world’s largest democracy. It was named as the Times of India book of the decade.

Guha’s invitation to explore the “unknown” Gandhi will be a delight.

Presented by the University of Guelph to commemorate Gandhi's 150th birth anniversary.  A selection of Guha’s books will be available for purchase at the event. Guha will also deliver the Hopper Lecture on September 20, 2019 (https://www.uoguelph.ca/csahs/events/2019/09/hopper-lecture-gandhi)

(If you need this …) Bill Barrett is a founder of Planet Bean and a community member of the U of G India Research Centre Committee.