How to Pronounce Knife: Stories

Congratulations to Souvankham Thammavongsa for winning this year's Scotia Giller Prize!! These poignant and deceptively quiet stories are powerhouses of feeling and depth; How to Pronounce Knife is an artful blend of simplicity and sophistication.

MADE THE SHORTLIST! Some secrets never die...Priya and Alexandra have moved from the city to a picturesque countryside town. What Alex doesn't know is that in moving, Priya is running from her past-from a fraught relationship with an old friend...

The Glass Hotel: A Novel

MADE THE SHORTLIST! Both fascinating and prophetic.

Like Sally Rooney's Conversations with Friends and Eileen Myles's Chelsea Girls, All I Ask by the award-winning and highly acclaimed author Eva Crocker is a defining novel of a generation.

WE HAVE AUTOGRAPHED COPIES!!! Nominated for the Rogers Trust Fiction Prize, you're sure to enjoy Tom's latest book, inspired by a handful of old postcards sent by Uncle Leroy nearly a hundred years ago. Any book by Tom is always a reason to celebrate!!!

The Pull of the Stars: A Novel

Pull of the Stars is a meticulously researched and timely novel! Dublin, 1918: three days in a maternity ward at the height of the Great Flu. A small world of work, risk, death and unlooked-for love largely rendered.

Dominoes at the Crossroads: Short Stories

In Dominoes at the Crossroads Kaie Kellough maps an alternate nation--one populated by Caribbean Canadians who hopscotch across the country.

Taken from their families when they are very small and sent to a remote, church-run residential school, Kenny, Lucy, Clara, Howie and Maisie are barely out of childhood when they are finally released after years of detention.

A smart, mysterious and heartbreaking novel centred on two sets of sisters whose lives are braided together when tragedy changes them forever.

Congratulations to Guelph's own sweet Seth on this first nomination of a graphic novel for the Giller longlist.

Watching You Without Me

After her mother's sudden death, Karen finds herself back in her childhood home in Nova Scotia for the first time in a decade, acting as full-time caregiver to Kelli, her older sister.

Bookshelf twitter
Follow @bookshelfnews
A history of The Bookshelf’s connection to the wide world of bookselling, publishing and the evolution of technolo… t.co/wmng23jEZg


RT @cibabooks: "As we start 2021 and look forward to the 20th edition of Canada Reads, we are reminded that books can be a safe pl… t.co/VjCsiKwjIQ


We have had a great time bringing The Canadian Independent Booksellers Association into being, working with several… t.co/SzJ9XSTyA6

YOU CAN'T GO WRONG WITH THESE NOVELS!

BARB - Normal People won last year's Man Booker and also was the bestselling book in Britain. It's all well deserved as she understands the zeitgeist of the young, no matter what age they grew up in!

The Boy, the Mole, the Fox and the Horse

From the revered British illustrator, a modern fable for all ages that explores life's universal lessons, featuring 100 color and black-and-white drawings."What do you want to be when you grow up?" asked the mole."Kind," said the boy."

Beautiful but dark. The language is biblical and captures and awakens you to the trials of living. A brother and sister are orphaned in an isolated cove on Newfoundland's northern coastline. Their home is a stretch of rocky shore governed by the feral ocean, by a relentless pendulum of abundance and murderous scarcity. Very powerful writing!

The Testaments: A Novel

Let's sing a hymn of praise to Margaret Atwood and all of the important work that she continues to do! Co-winner of the Mann Booker Prize this year!

An audacious, darkly glittering novel about art, fame and ambition set in the eerie days of civilization's collapse. Kind of flying off the shelf right now!

A Gentleman in Moscow: A Novel

What underpins this fantastic novel is scrupulous attention to detail!

The Dutch House: A Novel

Ann Patchett, the New York Times bestselling author of Commonwealth and State of Wonder, returns with her most powerful novel to date: a richly moving story that explores the indelible bond between two siblings, the house of their childhood, and a past that will not let them go. 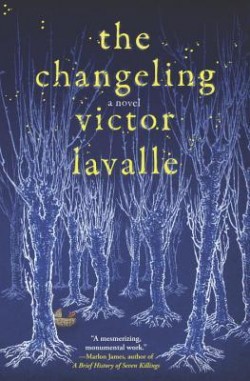 The Changeling: A Novel
The Ballad of Black Tom

In his introduction to his trio of landmark stories from the 1950s, collected in English as Our Ancestors, Italo Calvino lays out an important distinction in appellation: "There are two different words in English, novel and romance, for what in Italian is always called a romanzo. But although we have only a single word for them in Italian, the difference between the two kinds is felt."

Now known as a playful fabulist, Calvino's writing before the 50s adhered to the strict demands of neoliberalism. Art was political and the artist's duty was to portray life under and in resistance to fascism. Calvino seemingly betrayed his party when he broke away from "what was expected from Italian Literature in general.. [which were] novels" when he published the novella The Cloven Viscount, a "romance" in which a seventeenth century Viscount returns from war literally split in two, the good and the bad. The Barron in the Trees and The Non-Existent Knight followed.

"In 1951, when I was twenty-eight and not at all sure that I was going to carry on writing, I began doing what came most naturally to me -- that is, following the memory of the things I had loved best since boyhood." Following The Cloven Viscount, Calvino also edited a tome of Italian Folktales that would seemed to cement his new direction.

It seems simple and obvious now, but Calvino was, for himself, better able to explore the problems of his specific time and place at the distance of classical, fantastic stories. And it was Calvino's personal revolution and pivot that I kept thinking of throughout Victor LaValle's The Changeling, in which the present becomes inundated with stories from the past, particularly fairy tales, our reality overlaid with glamour -- "an illusion to make something appear different than it really is."

"Fairy tales are not for children," explains an enchantress in The Changeling, laying out the conceit of the novel. "They didn't used to be anyway. These were the stories that peasants told to each other around the fire after a long day, not to their kids. This was how adults talked with each other. Fairy tales became stories for kids in the seventeen-hundreds. Around that time this weird new group started appearing in parts of Europe. The merchant class... Merchants were making money, and they wanted to live better than the lower classes did. This meant there were new rules about how to behave, both for the adults and for the kids. Fairy tales changed accordingly. Now they had to have a moral, something to train those children in the new rules. Which is when they started turning to shit. A bad fairy tale has some simple goddamn moral. A great fairy tale tells the truth."

At the outset, The Changeling has all the romantic making of a flimsy, lovey fairy tale. Apollo -- a rare book hunter, haunted by abandonment by his own father -- and Emma -- a librarian who still yearns to see and experience the world -- have their meet cute, struggle to balance each other's priorities, but eventually come together. It's seemingly all Happily Ever After stuff when their son Brian -- named for Apollo's disappeared dad -- is born. The fairy tale story enters a seriously dark wood, though, when Emma begins acting strangely, insisting that Brian isn't their son.

The woods get about as dark as woods can get when Apollo wakes up to the sound a tea kettle shrieking. A U-lock around his neck has him shackled to the radiator and he can hear his son crying in the other room. Emma's there and shuts up his protestations with a hammer to the cheek. Then the worst thing imaginable happens. The grief and anger that follows is so tautly, evocatively rendered that the light which ekes through the fissures that begin to crack open in Apollo's reality is blinding.

The Changeling is very much a story of modern parenthood, roiling with all the fears associated with who has access to your child in this age of over-sharing and interconnectivity, but it has a biting undercurrent about race in America and the inheritance of privilege. These are all themes and issues that have been well-handled in literary fiction, but they come to a new life in LaValle's story.

What makes LaValle so readable is what made Calvino, even at his most experimental and erudite, so readable: LaValle always seems to be writing what he loves, unmotivated by little else. The result is hybridized storytelling that's as fantastic as it is literary, the former as committed to as the latter -- the fantastic made real, the real made fantastic. Certainly there are politics and social issues present in The Changeling, as they were LaValle's previous novella (and recent Shirley Jackson Award-winner) The Ballad of Black Tom, but they're the result of the story, not the point of it.

The distinction the enchantress makes between a good or bad fairy tale aligns nicely with Calvino's own genre struggle, too. Often, stories directly motivated by politics can turn into a bad fairy tale, a vehicle made only for ambulating a moral. The Changeling follows its own requirements for a great fairy tale: it tells the truth about the world, adult to adult, without moralizing.