@mccaw_m Nothing's on the schedule yet, but there's always a chance.


The Whale opens on Saturday and Living opens Friday Feb 3rd. Keep an eye on t.co/OYs5xFP41D for the reutrn… t.co/0G9QmAFAe7


Tár returns Friday night and watch t.co/OYs5xFP41D for the return of The Banshees of Inisherin and times fo… t.co/d6ueqihJhH

A Pokemon Party in Downtown Guelph 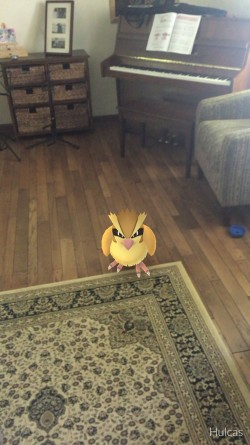 I am a father of two dreamy and adventurous boys, aged 5 and 7, whose interests tend towards the fantastical. Over the past few years I have become acquainted with creatures of the Pokemon realm, including (but definitely not limited to) Pikachu, Mega Blastoise, Parasect, and Pidgey. Full art versions of the beloved EX are usually preferable.

As a parent I've certainly had to resolve my share of Pokemon-related arguments, and I bet that Pokemon has driven plenty of teachers crazy as well. I've heard about many classes banning Pokemon because of unfair trades, and although these measures try to maintain order, I guarantee that the contraband still makes it into the classroom.

Many of the young trainers do not know how to play the game, so rules are made up often to suit the best interest of whoever is making the rules, but the advent of Pokemon Go has done much to level the playing field. Now, the Pokemon live among us, and our planet is shared with 250 of these critters, each of whom have there own abilities and personalities.

At first I did not know what to think of the game. I have heard stories of people running down active subway tunnels to pursue Pokemon, and reports of people walking into lamp posts while flicking pokeballs at cunning virtual characters. On the other hand, autistic children who never leave the house have been reported leaving the premises to pursue the invisible characters, and people of all activity levels are now walking great distances and getting fit playing Pokemon Go. Apparently, Go stands for "get outside."

I have been geocaching for over a year now, and it involves some of the same technology as the Pokemon Go. Caches are hidden worldwide and are geolocated. You use the Global Position System (GPS) on your phone to find the caches, and it has gotten my kids excited about going on long hikes. Everyone who finds a cache takes a small trinket and leaves one for the next treasure hunter. I don't find Pokemon Go that different except for the fact that it has moved into the realm of augmented reality.

My kids are growing up in an interesting world. It's hard to compete for their attention with the likes of the iPad and the computer. What I like about this new game is that it gets them outside, and they actually learn how Pokemon is played.

There is the old addage that "if you can't beat them, join them," and this is what I have decided to do. So far I have caught nine of the little rascals and I have been having extensive conversations with my young trainers.

Last night, I attended a (work-related?) Pokemon information session, with a few local business owners. One of them was a board member with Silence Guelph, the other was the owner of Tithorea on Norfolk Street, and the organizer was the owner of Strong Words writing services. As businesses we can add to the experience of Pokemon Go while gaining some new customers at the same time.

Tomorrow The Downtown Guelph Business Asscociation is having a Pokemon Lure Party. Hundreds of people will descend upon Downtown Guelph in search of these mythical creatures. The Bookshelf has donated a gift card to hang lures on the Pokestops on Quebec Street. Whoever catches the Pokemon with the highest CP number will win a couple of amazing books on Pokemon. Each month, we are going to have a prize for the person who catches the Pokemon with the highest CP number on in our store. To win, please tag a pic of your Pokemon to @bookshelfnews on Twitter, Facebook, and Instagram.

Have fun, be careful, and have more fun!