Small is Beautiful and Diversity is Strength

A lot of independent bookstores across Canada carry a similar mission: to provide their communities with a curated selection of Can lit, international gems, local…
Bookshelf twitter
Follow @bookshelfnews
RT @EngageTransform: 🍁Class is in! 📚Thank you @bookshelfnews! Excited to read @DesmondCole @JulieSLalonde @Jamie_Margolin - inspiring ad… t.co/KYNsseVbeK


@davidjestill @BarackObama Will do David! Thanks!


@BarackObama We are very excited to be selling your book! Congratulations!


RT @BarackObama: There’s no feeling like finishing a book, and I’m proud of this one. In A Promised Land, I try to provide an honest… t.co/dHEKmZSwRb

Stories from the Village

Why Guelph is the Village I call Home 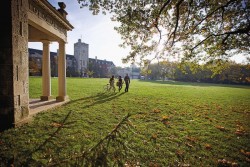 Q & A: Jim Guthrie
A Heritage of Stone: Buildings of Niagara, St. Catharines, the Hamilton Escarpment, Paris, Cambridge, Waterloo County, Guelph, Fergus and Elora and St. Marys
About Guelph: Its Early Days and Later
Building Guelph's Own Orchestra
Guelph: Perspectives on a Century of Change 1900-2000
Fingerprints Through Time
The Inconvenient Indian: A Curious Account of Native People in North America
The Back Of The Turtle
The Illegal
Book Of Negroes
Love You Forever
Thomas' Snowsuit
On a Snowy Night
Spring Begins in March
Cloaca, The
Pardon Our Monsters
Jim Guthrie: Who Needs What

I have lived in Guelph for most of my life, and have seen it from the perspective of child, a young man, and now a father. There is a multitude of converging factors that I think make Guelph great. Our city is fortunate to have an Ivy League calibre university that regularly tops the Maclean’s University Rankings. We possess a productive industrial base and a great spirit for entrepreneurship.  Guelph’s historical downtown is architecturally unique, and the neighbourhoods throughout the city each bring their own unique sense of community. This community has attracted literary talent with international recognition. Thomas King, Jean Little, and Bob Munsch all live in Guelph. This year's CBC Canada Reads winner, Lawrence Hill is a creative writing instructor at The University of Guelph this summer. Seasoned Bookshelf staffer Andrew Hood has 2 celebrated short story collections and a biography of Jim Guthrie to his credit.

Guelph has an enthusiastic, vibrant grassroots activist community. People care deeply about issues here, whether it is voicing a concern about how urban sprawl contributes to global warming, or raising a placard to raise voter awareness during election time. Guelph has also been known as the most caring community in Canada. We give more per capita either with our time or our wallet to charity than any other community in Canada. I believe that a city vocally deciding its own destiny is the pinnacle of success.

Not only is this city politically involved, but Guelph is also a popular destination for people who love to explore art in its many forms. We have a number of cultural festivals that attract people from far and wide, including, but not limited to: the Guelph Jazz Festival, the Eden Mills Writer’s Festival, Kazoo! Fest, Hillside,  Guelph Contemporary Dance Festival, and the Guelph and District Mulicultural Festival.

I really like seeing people from across the political, religious, and ideological spectrum uniting for a common cause. While I always appreciate working with like-minded individuals, it is even more satisfying to work with people who have ideas dissimilar to yours, but who are still happy working towards a shared goal. Guelph needs more of these common causes: this is Guelph at its best!

When my parents started The Bookshelf in 1973, many of the potential suppliers said: “You people are crazy! A bookstore and a café? There is no way that will work!” Guelph, you have certainly proved them wrong. 43 years later, we are still selling books, music, movies, musical performances, poetry slams, drag shows, and nightclubbing. Thanks for your continued support!

For those of you who may not have been to Guelph, but who I have reached through the miraculous web of awesomeness known as the Internet, I encourage you to drop by for a visit. You will not be disappointed.

Go To Stories from the Village