Code Your Own Games!: 20 Games to Create with Scratch

The fascinating story of four African-American women who were instrumental in NASA's first space launch - adapted for younger readers!

Rosie's projects include (but are not limited to) building a solar oven, constructing a catapult and solving real-world problems!!


@StephsBite Thanks for you support! We really appreciate it!


RT @GuelphTheatre: We are excited for the upcoming 'Useful Information', our 4th of 4 vignettes for Café Conversations & Guelph Little… t.co/1uPDFMG9fA

A Woman Who Died of Cancer and Yet Lives Forever 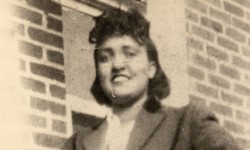 The Immortal Life of Henrietta Lacks

In 1951 in Baltimore, a young black woman named Henrietta Lacks went to Johns Hopkins Hospital (one of the few hospitals that would treat black people), was diagnosed with cervical cancer, and started to receive radiation treatment. In those days the radiation wasn't delivered from the outside; rather, the radium was inserted and sewn into the affected area. In fact, this was the treatment my mother received about that same time.

Before inserting the radium, the surgeon cut two dime-sized samples from the cervix, one of cancerous tissue and one of non-affected tissue. These samples were sent to the lab where Dr. George Gey had been trying, unsuccessfully, to grow human tissues in a culture medium. Although Henrietta died from her cancer, Henrietta's cells thrived and grew. These were the first human cells to grow in the lab, and the strain was named HeLa.

HeLa cells grew so aggressively that Gey was soon shipping the cells out to other labs around the world for free. Soon demand was outpacing his ability to supply. A company was set up which started to provide the cells commercially. Eventually, experimenters were able to grow cells from other donors too, but HeLa was the most prolific strain by far.

As the business of providing cells for experimentation grew, the American Type Culture Collection (ATCC) was established as a central storage facility for pure original cells from all different strains. However, despite the ATCC, cell purity was not maintained. A shocking analysis showed that the HeLa strain was so aggressive that if a different culture was contaminated by any HeLa cells, the other cells would die out and HeLa would take over. Thus the vast majority of research around the world had been carried out on HeLa cells, even when the researchers thought they were working with another strain. This showed just how incredibly unusual and prolific HeLa cells were and put into question many research results.

Meanwhile, the Lacks family knew nothing about their mother's cells being used—revolutionizing research and generating considerable profits—and had given no permission for such use. The Lacks were poor, uneducated people who had escaped from the poverty of rural Virginia to the booming factories of Baltimore during World War II, only to be thrown back into poverty when those factories closed after the war. When they learned of HeLa, they did not understand anything about cells, and were prone to thinking their mother might still be suffering through experimentation on her cells. Skloot recounts a remarkable story of Lacks’s daughter Deborah striving to read scientific literature and gain a sufficient understanding of biology to appreciate what had been going on. A visit to a lab where she saw her mother's cells under a microscope was a truly amazing epiphany for her.

Skloot also traces the history of the concept of informed consent and points out that tissue removed from people to this day is available for hospitals to use for research, based on the consent form for the operation. There are many current examples of tissues being used for purposes for which informed consent was not acquired. For instance, members of the Havasupai tribe in Arizona donated DNA to the University of Arizona on the understanding that it would be used to study diabetes, a condition that was very common within the tribe. However, the DNA was instead used to study schizophrenia and inbreeding. The tribe sued and later reached a settlement with the University.

The history of medical research and the black community is particularly ugly. In the 1950s, black people were simply treated differently by the medical system. Johns Hopkins was notable for even admitting blacks, but they were relegated to a special “coloured section.” The now-infamous Tuskegee syphilis study recruited African American men with syphilis for a study of the disease and then denied them treatment even after it was known that penicillin would cure it. Even in the 1960s black women were being sterilized in Mississippi through involuntary hysterectomies, sarcastically labeled “Mississippi Appendectomies.”

Rebecca Skloot, the author of The Immortal Life of Henrietta Lacks, spent years tracking down the Lacks family (early reports had said HeLa cells came from Helen Lane), and gaining enough of their trust to get detailed information and actual records to present the story.

I highly recommend this book. It's a remarkable story and provides food for thought on so many levels.